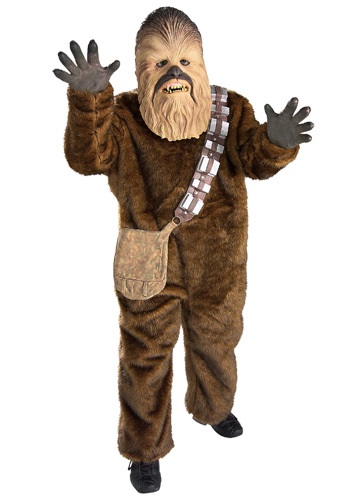 Now that we’ve basically all grown up with our favorite fuzzy co-pilot, there are a few things that we really, really need to go over. First off, the one thing that the Rebels don’t tell you when you sign up to help defeat the wickedness of the Empire is exactly how flammable your glorious fur is and exactly how much like projectile fire blasters and lightsabers are! Trust us: it very much is! Now, fortunately, Stormtroopers are pretty bad at… well… everything. Awful aim. So, you’re not likely to get hit. But, now that they’ve started hiring Flametroopers, you Wookies really need to watch out extra!

Next, keep in mind that good old Chewbacca is basically like a brother to Solo, which means he’s pretty much an uncle to that goofy emo Vader-wannabe. So, don’t blame him too much for not being able to finish the job after… well, you know. It’s really rough to try to take down a baddie that is basically your little nephew. Think of that poor Wookie, way down where he’s like a little kid. In fact, it’s probably best that you try to see a little kiddo Wookie to have some real sympathy for the guy.

Well, we have a solution in the Child Deluxe Chewbacca costume. Hand this lovely fur-covered jumpsuit over to your tyke and watch their grin widen… at least until you put on the latex mask and can only see the goofy face of the lovable furrball. The brown detailed latex gloves help to finish the transformation, but you also get to strap your tyke into the iconic bandolier. Grab an adult size for yourself and practice your Wookie battle growls. Just remember, that little Solo may yet be turned around! And, still, watch out for fire!