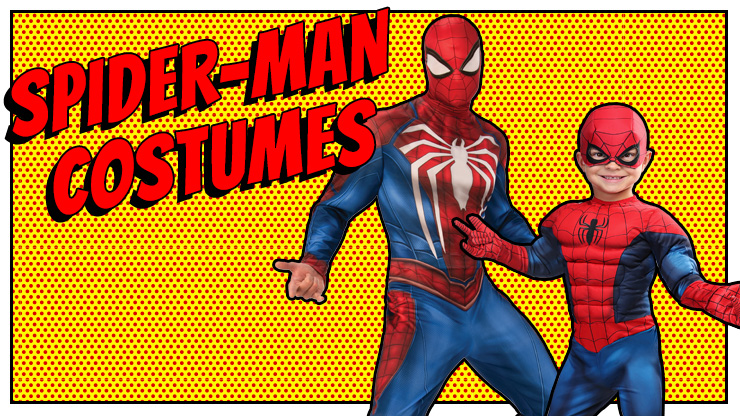 Spider-Man costumes have always been a hit. At Halloween, at comic book conventions, and even during playtime, Spidey costumes are basically always appropriate attire. His alter ego Peter Parker was the first significant superhero teenager, which makes him appeal to teens (and kids) in a way that adult superheroes do not. And that was before Spider-Man: Far From Home and four other Marvel Cinematic Universe films, as well as the animated Spider-Man: Into the Spider-Verse, a bestselling video game, and ongoing appearances in multiple comic book series. So trust us when we say that Spider-Man Halloween costumes are huge right now. Halloween costumes are what we do, and with great power comes great responsibility. (I read that in a comic book once.) Anyways, you’re here to see some Spider-Man suits so let’s look at ‘em! 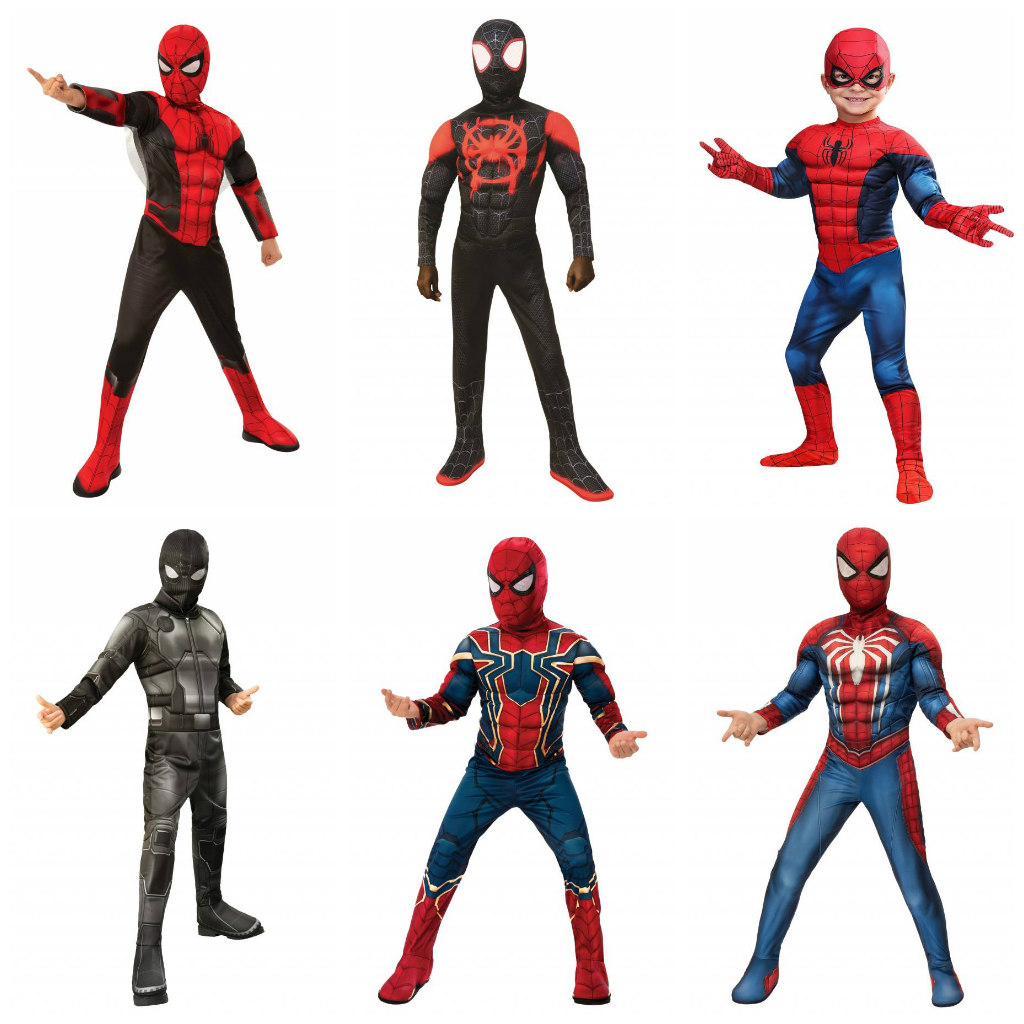 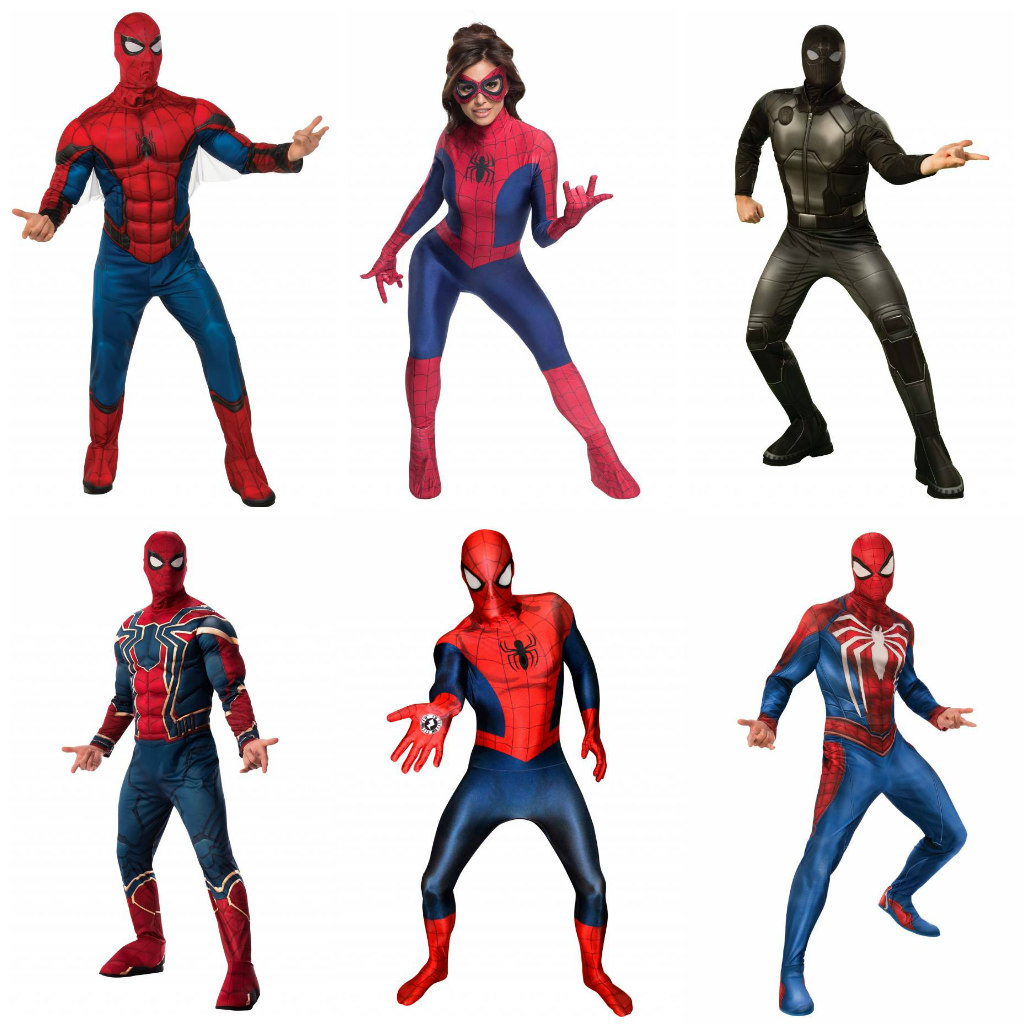 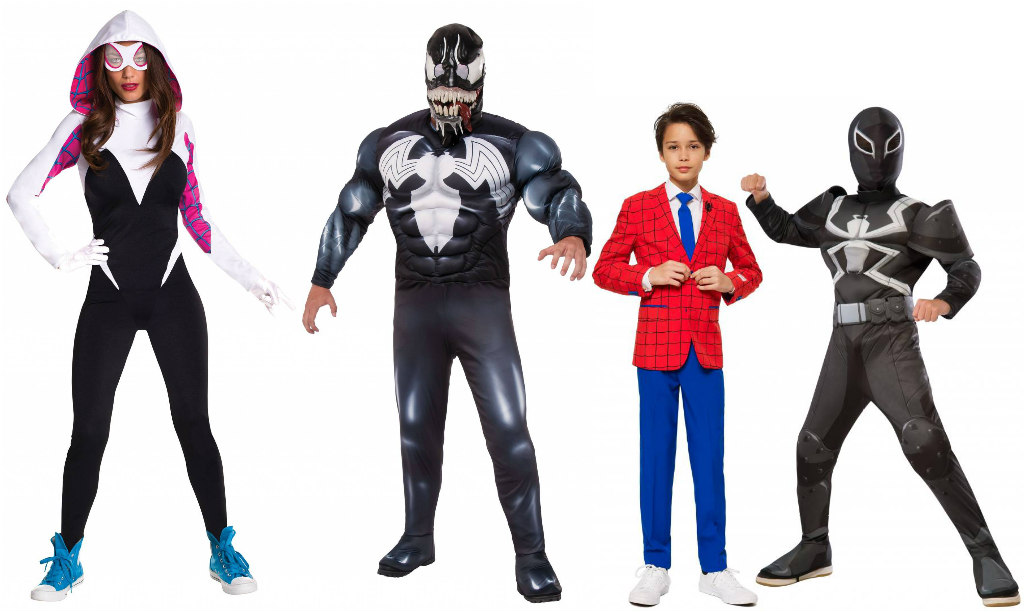 Alright, so you’re a Spider-fan but you want a different Spider-Man costume this Halloween. We get it. Our go-to suggestion there is a Spider-Gwen costume, who is even more popular after Gwen Stacy appeared as Spider-Woman in Spider-Man: Into the Spider-Verse. (There’s also a Ghost-Spider costume for girls, named for Spider-Gwen’s newest nickname.) Or maybe you’re a fan of symbiotes and ridiculous tongues, in which case you should check out a Venom costume for adults or kids. And finally, there’s a Spider-Man Opposuit so your kiddo can look dapper whether it’s Halloween or not! Yes, the Spider-Man suit is also available for men!

Did you find the Spider-Man costume that you’re looking for? If not, be sure to check out all of our Spider-Man costumes because we have plenty more where these came from. And if you’re still unsure of which version of Spidey is your favorite—or maybe you want to know more about which suit is which—take a look at our guide to the evolution of Spider-Man!