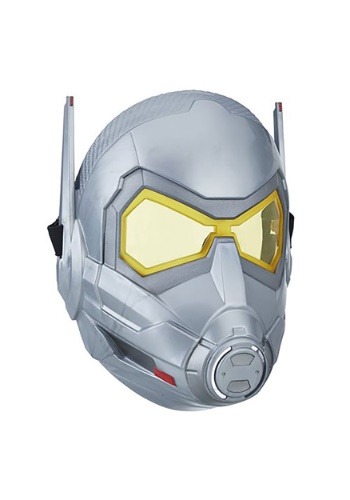 Suit up as the wasp

Is it time to suit up as the Wasp? Great choice! Hope Van Dyne is a pretty awesome science lady, and when she suits up in the Wasp suit she's even cooler! But you knew all that, and most importantly, so does your girl. But, first thing's first, she's going to need Wasp Costume, and we've got great choices for kids. After she's got a jumpsuit picked out, then you'll want to complete the costume effect with this mask. It's detailed just like the one she wears on the screen, and it's ready for all of the costume fun.

This Wasp Basic Mask is officially licensed from the 2018's Ant-Man and the Wasp. The hit movie based on Marvel Comics has a ton of fans worldwide, and now it's time for your kiddo to get in on the action. This mask covers the front of the face, and secures with an elastic band. It has a see-through yellow visor on the front, and foam pieces inside for comfort and positioning.

So, no, this Wasp Mask won't give the superpowers that will let her shrink down to tiny size. But it will have her ready for some epic trick or treating when she's out with all her friends! Now, that sounds like a ton of fun. Be sure to get your entire family in on the action, too, with our wide selection of Marvel costumes!